Posted on August 2, 2016 by mskinnerlanier

I’ve been getting ready for weeks. Firmed up stops in Laramie, Cheyenne, Casper, Cody, & Jackson Hole. Towns that form a diagonal across the state from southeast to northwest Wyoming, through Yellowstone National Park to the Grand Tetons.

Bookstores and local newspapers with names that echo the rural West: Wind City Books in Casper and Legends Bookstore in Cody; the Laramie Boomerang and the Jackson Hole News&Guide.

Bob & I will drive to our family ranch near Clark where my family lived in the mid-1950s—the place that inspired my debut novel, Hardpan.

I’ll marvel at the rugged expanse of sagebrush and cultivated fields interrupted by the Clarks Fork River winding its way to the Yellowstone. I’ll wonder at alfalfa fields that continue to defy the pounding winds and moisture-starving sun.

And the spectacular setting won’t have changed much. That backdrop of the rugged Rocky Mountains soaring to Colter Pass at Cooke City, Montana will look as majestic as ever.

I’m counting on meeting up with a handful of our former neighbors from Clark and Badger Basin. People like the Torczons and the Teicherts who’ve moved to nearby towns over the years, and younger generations who are carrying on the ranch traditions.

My mother has copied me on her yellowed hand-written list of names and addresses of her Wyoming friends, many lined out as people have moved or died. After all, it’s been over half-a-century since we lived in this mythical place.

I’m buzzing at the prospect of meeting new people who are interested in reading my book, and with Wyoming natives who’ve already read it and want to discuss it with me. They’re eager to find out more about this tale of a young ranch family dealing with unexpected challenges and hardships in the era after World War II, a tale that resonates with their own lives.

So jump into the old pickup, my friends. Come along with me on this journey to the Old West. The West before paved roads found remote cattle ranches in northwest Wyoming. The West before televisions and computers and the Internet took over everyday communications. Together we’ll discover today’s pioneers in this starkly beautiful landscape. 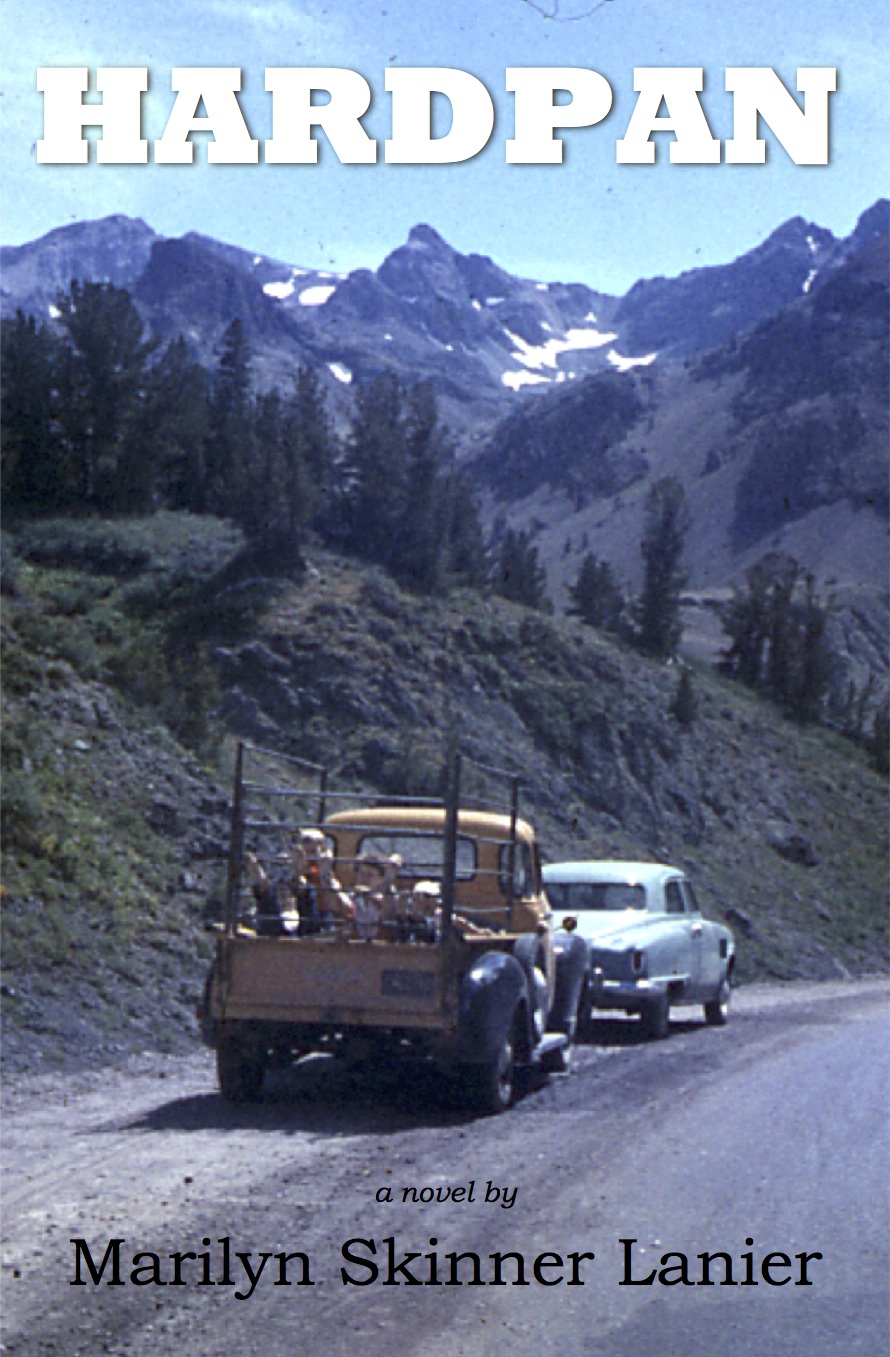 An early version of the book cover for Hardpan. Photo of our family’s pickup used in move from Wyoming to Central California in 1957.

This entry was posted in Uncategorized. Bookmark the permalink.